They say you can judge a man’s character by the company he keeps. If that’s the case then my guest today is of the highest caliber.
Travis Davison is a husband, father, co-founder /co-owner of SBG Montana Jiu Jitsu and Mixed Martial Arts , Balck Belt and 20 plus year practitioner in BJJ. I feel fortunate that my initial foray into BJJ is under the tutelage of this man and many other coaches of SBG.

Podcast found on all major platforms.

⁣⁣“At the start of 1963, Kennedy discovered Roosevelt’s 1908 order establishing the 50-mile march for officers. He sent it to Marine Commandant David M. Shoup, noting that the leathernecks of the time had been able to complete the trek within 20 hours on a single day, and asking if “the strength and stamina of the modern Marine is at least equivalent to that of his antecedents.” If Shoup would look into that question, Kennedy promised, he would see if members of his own White House staff were up to the task as well.⁣⁣

Before Shoup could make plans to test his Marines, the president’s brother and the country’s Attorney General, Robert F. Kennedy, decided to jump right into the challenge himself.⁣⁣

On February 9th, without any training or preparation and wearing leather oxford dress shoes, RFK set out at 5 o’clock in the morning to walk 50 miles along the Chesapeake and Ohio Canal towpath. Accompanied by four of his staff members, as well as his dog Brumis, he trudged through snow, slush, and below-freezing temperatures, making his way from Great Falls, VA to Camp David, MD. Though the last of his aides dropped out at the 35-mile mark, Kennedy persisted to the end, completing the march in 17 hours and 50 minutes.

Be sure to like and subscribe to the newest podcast coming out of SBG, Growing Gorillas. Check out episode 3 featuring Stella from Hella.

‘Work hard in silence, let success be your noise’

“If I said to you I was about to teach “Canadian geometry”, I hope you would immediately view my claim with suspicion. There is of course geometry. But geometry isn’t bound by any particular culture, location, or even time. Base Angle Theorem (Isosceles Triangle) holds true in Canada, true in China, true in England and true everywhere else. Furthermore, it was still true when it was unknown. Why? The answer is simple; the properties of angles or shapes don’t depend on geography, culture, or time. There is a best way to measure them; and that is provable within the material world.So too with human hand-to-hand combat. The bodies of Homo sapiens vary in size and strength, but its properties, having two arms and two legs, being strong, fast, and agile within a certain measurable spectrum, those things remain constant. They are not dependent on geography, culture, or time.This essential point was missed by a large percentage of the JKD concepts world. Their philosophy, emphasis, and training methods betrayed a lack of understanding as it related to the existence of what I call “root delivery systems”. Those transcendent skill sets, truths about body mechanics and physics, which overstep the limitations of geography, culture and time, should have made up the bulk of the menu. Instead of a healthy diet of alive training in functional delivery systems, JKD Concepts became a buffet line at an all you can eat exotic foods restaurant. And that buffet was filled with a lot of junk food.”

“The deeper I dive into myself the more I study and reflect on healing past traumas.. The more I understand and appreciate the depth of which Jiujitsu and martial arts as a whole has significantly acted as the most positive and powerful therapy I have ever undergone..To each and every soul I have had the opportunity to slap hands with I thank you for your part in helping me heal and grow..“We will also see that the imprints from the past can be transformed by having physical experiences that directly contradict the helplessness rage and collapse, that are part of trauma, and thereby regaining self mastery…”Bessel Van Der Kolk. M.D”

It was a good weekend for @sbgalabama

You’ve had your 24 hours, fellas. Now it’s on to the next one

⁣
⁣
Thank you to the whole crew of @b2_fightingseries for putting on a such great show and making everything run smoothly. This was the best experience our team has had yet.

@typhoon.tim_ got his much deserved and long overdue MMA win with a dominant UD while Matteo “Sweet Wine” Bianchino racked up his second victory in as many fights with a stunning 17sec guillotine finish

Thanks to @superfightmma for always putting on a slick show, the great training partners @sbgaustralia who helped prepare the boys for their performances and all the team who came out to support them on the night

Chris Haueter Comes Back To Portland

Be sure to give a like and follow HERE and show your support for another growing member of the tribe.

SBG Camps Are Back! Thanks Ladies For Getting Us Started!

“We are so grateful for our SBG Ladies Coaches! It’s been an incredible opportunity to learn from our coaches from the Montana, Reno, Portland, Boise, and Athens, GA gyms. Thank you to all the students and coaches, who brought hard work and bright smiles to the Boise mats”

“SBG Ladies Camp 2021I could write a book about this weekend, and still couldn’t manage to say what all I have learned, felt, and seen during this experience. I’ve been to several SBG Camps, and they are all amazing…but there’s something extra special about ladies camp…if you know, you know.I’m grateful to be part of this amazing group of incredible women. It was so good to reconnect with friends made at previous camps, and to make some new connections. Thank you to SBG Idaho for hosting us all! What an amazing experience!Much love”

The gift of violence is here! Read rickson’s review Book update. First off, I want to thank everyone for their interest and patience. Like every 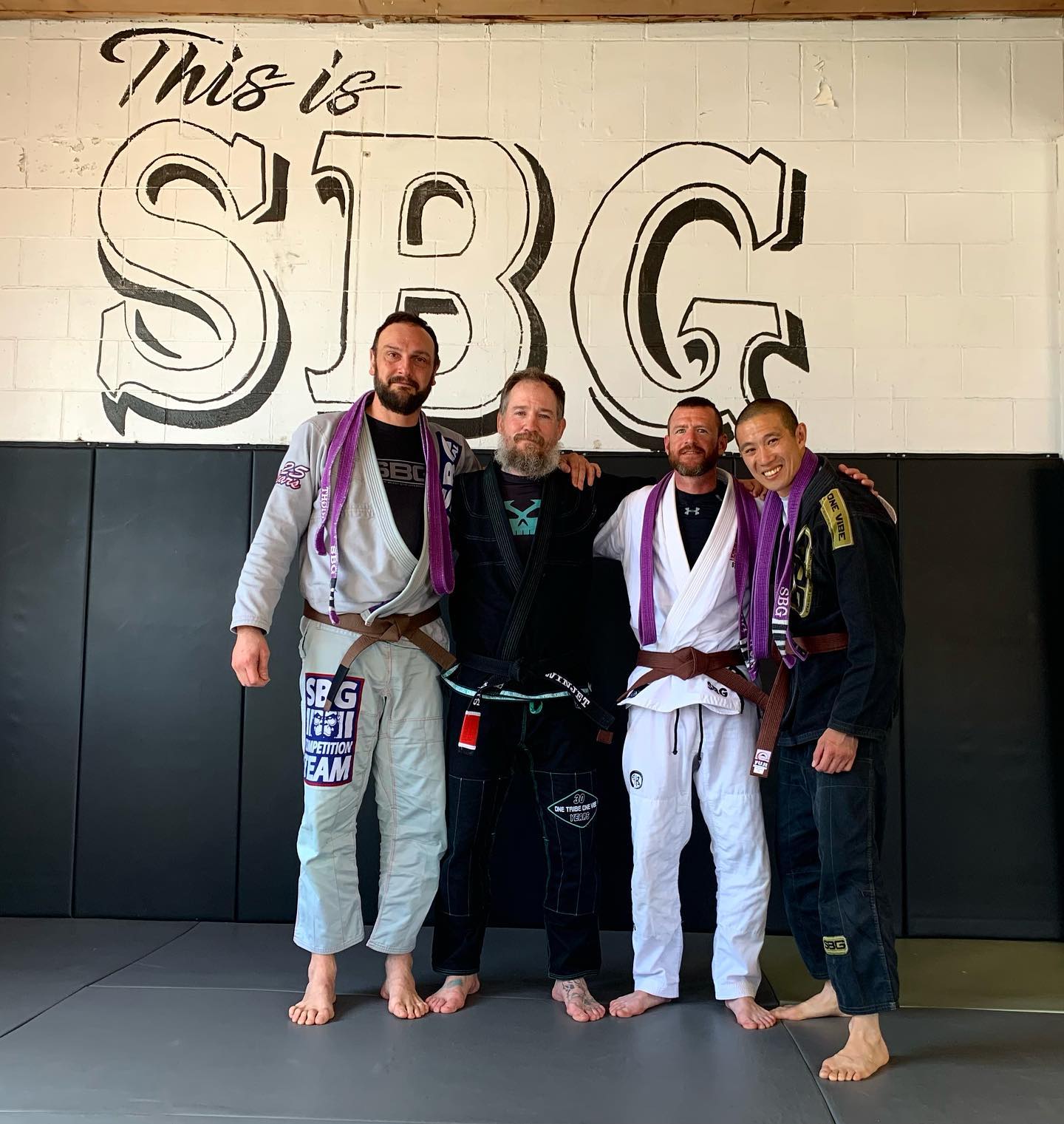