SBG began officially in Portland Oregon, in 1992 – when its founder and head coach, Matt Thornton, had an epiphany regarding exactly what type of environment he himself wanted to train in.

That search for truth in combat lead Matt to western boxing, and an art known as JKD Concepts. He explains why:

“There were many things that drew me towards JKD. The first were the writings and personal philosophy of Bruce Lee himself. Lee adopted the following motto:

For a pragmatist like myself, this precept made perfect sense.

I’d been in enough fights to know that where you wanted to be, in terms of ranges, wasn’t always where you ended up. It was after all a fight, and by definition your opponent wasn’t cooperating. You had to learn how to fight wherever you were, not just where you wished you would stay.”

Matt moved from California, to Portland Oregon. Where he continued to train boxing and JKD Concepts. And also, first began to teach. But over time, disillusionment began to set in.

“As my exposure to JKD progressed, I began to have some doubts regarding certain training methods that were frequently used. JKD people often derided things like Karate kata, solitary patterns acted out in the air, as rightly counter-productive. In fact, a book written by Dan Inosanto, and featuring Paul Vunak, offered side by side photo comparisons between functional and non-functional movement. Yet at the same time, Dan Inosanto and his Instructors adopted a lot of one and two person forms, which in actuality were little more than katas themselves, from other, more exotic, South East Asian Martial Arts. They would spend an inordinate amount of time on obscure “hand trapping” movements that bared no resemblance to anything that happens in an actual fight or within full contact sparring matches – and little to no time on wrestling; something that did happen in almost every fight or full contact match where it was allowed. It didn’t make sense.” 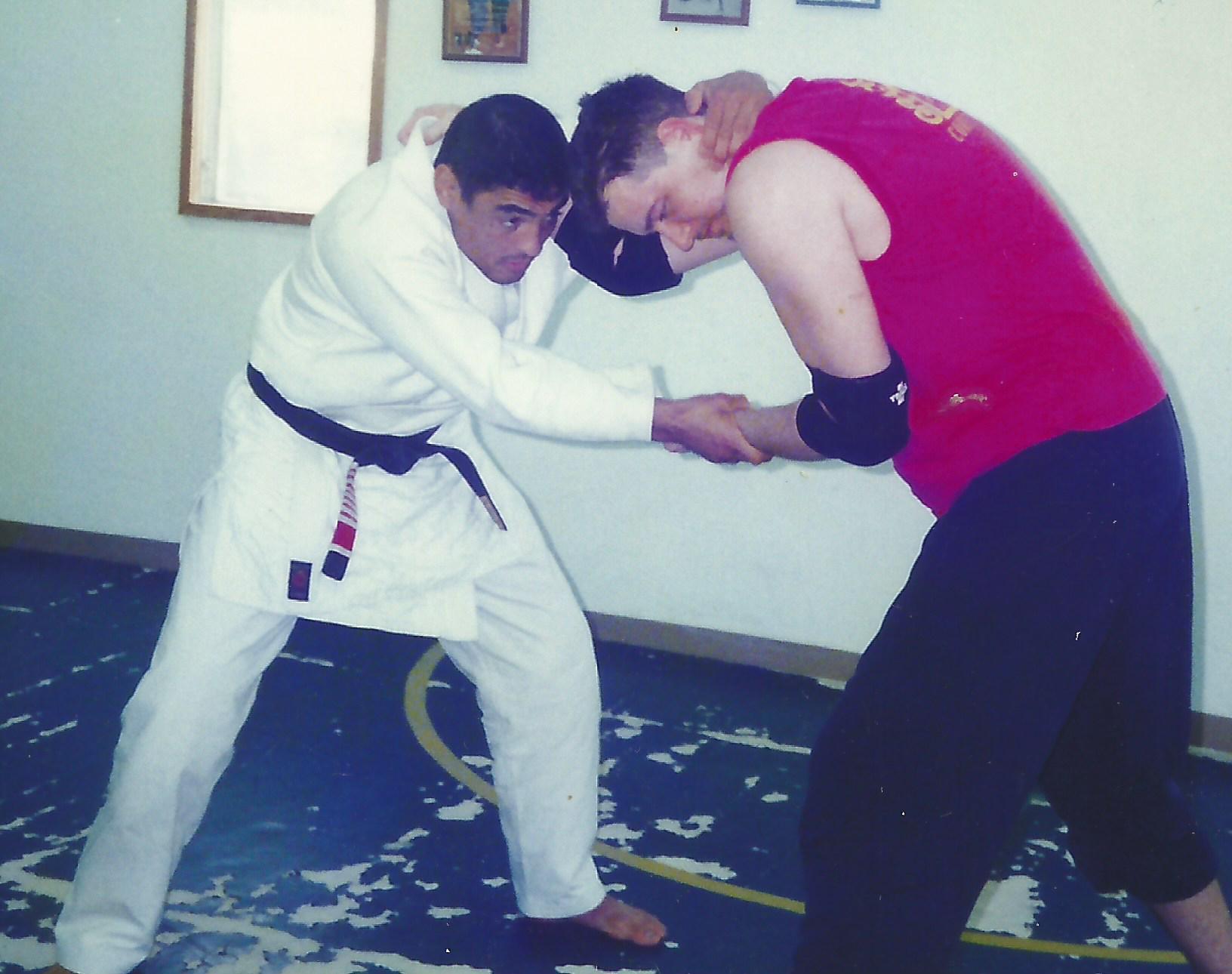 The unveiling of the JKD mystique began to progress exponentially, and still in his early 20’s, Matt had the vision of the kind of environment that was needed for an authentic search into truth in combat – for what would become – SBG:

“I sat alone in a café on 4th ave. Drinking coffee, I starred out at the city that would become my home for the next twenty plus years. I

found myself daydreaming about the ideal training environment. The kind I wanted to train in – intelligently – growing, changing, and adapting from the experiences. Applying science to hand to hand combat. All of this I saw clearly in my consciousness, down to tiny details related to the design of the floor and the equipment that would eventually be developed and used. In retrospect it’s easy to realize that what I was in fact envisioning was a science based self-defense and Mixed Martial Arts gym. But the UFC, and the sport of MMA that followed, were still years away.

I am not a believer in superstition. I don’t think I experienced a psychic vision. What I did possess was a very clear idea of what I

wanted, and enough experience and foresight to guide those hopes and desires. When I reflect back on it, I feel gratitude. Many people never have the sense of well-defined purpose the way I did that day. I am indebted to that insight. Without it, my life would have been very different. “ 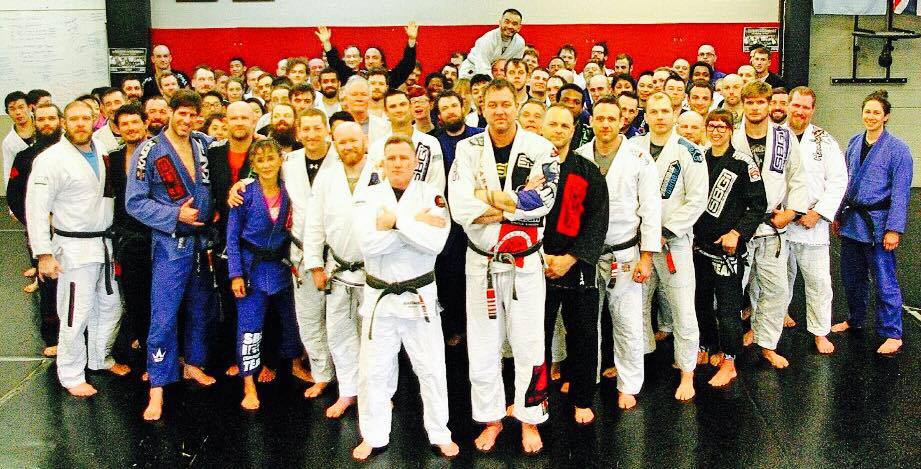 Matt, with his coach for the last two decades, BJJ Legend, Chris Haueter, and the SBG Tribe.

Very different is an understatement. In the years that followed, SBG as an organization has been responsible for some phenomenal achievements. Check the list of achievements by clicking here.